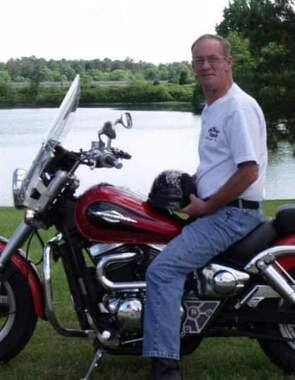 You will receive email notifications when changes are made to the online memorial, including when family and friends post to the Guestbook.

Back to Robert's story

Receive email updates when there are changes to this story.

Become the owner of this obituary to manage the guestbook, edit the notice, and more.

Robert Scott Johnston, 68, passed away peacefully in his sleep 15, November 2019, at his home in Maryville, Tennessee.
Scott is survived by his wife, Rhonda Falls Johnston; his children Carl Johnston, Walter Johnston and Amanda Jones; his step children Suzanne Brewer, Nicole Shiver and Johnny Burns; his sister Anne Bailey and brother Jeffery Johnston. He is also survived by his beloved grand children, Natalie, Peyton, Hadley, Sadie, Maycie, Tanner, Gregory, Stella and Amber and his great grandchild Wyatt.
Scott was retired from Ford Meter Box and was a member of the local Christian Motorcycle Association in Pell City. He was a long time Amateur Radio operator and helped with establishing the St. Clair County Amateur Radio Emergency Service and was an ARRL Volunteer Exam Coordinator.
Scott was a friend to many people and will be deeply missed. In keeping with his wishes, there will be no service, but instead he asked that everyone get together and eat.
There will be an "Eatin' Meetin'" held on 30 November 2019 in his honor at 12 pm at:
Evening Star Baptist Church
260 Evening Star Rd
Vincent, AL
35178
Published on November 25, 2019
To plant a tree in memory of Robert Scott Johnston, please visit Tribute Store.

Plant a tree in memory
of Robert

A place to share condolences and memories.
The guestbook expires on February 23, 2020.

What should I write?
Add photos Add an emblem
Share

Rhonda Johnston
We shared a loving life together and had dreams of riding the motorcycle in the mountains together after our retirement. But life dealt us a different life, but we made the best of it always taking care of each other as promised in our wedding vows...sickness and health till death do us part. Scott saved my life 2 years before leaving and I always loved taking care of him and loving the best husband a wife could ever hope for. Forever my love......
View all